Insignia: College Music Band had its inception around 6 years ago. The Band has improved in recent times tremendously with various performances outside where the band was appreciated by everyone. The College Band has recently performed with Palash Sen at Vivekanand College. The Band also performed at Indira Gandhi Stadium promoting Delhi Govt’s Odd-Even formula and eco-travel. INSIGNIA creates fusion music with a Sufi touch and also does a lot of Western music. It has a strong Instruments base with as many as 4/5 guitarists in recent years. The Band has almost all necessary instruments for a good Band including Drums kit, Keyboard, Processor etc. Certain band members, after passing out from college, are doing extremely well in their own music bands, such as Rachit who does death meteal in a Delhi base music band. New members are taken in every session after an audition in the beginning of an academic session. Mr. Abbas is the Staff Advisor of the Band. 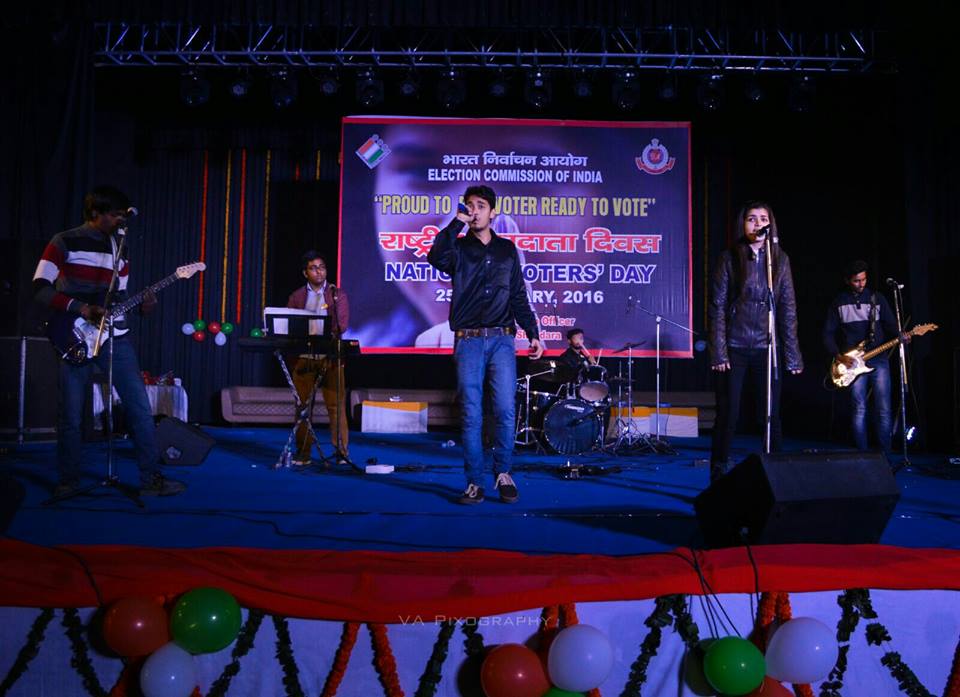